Home · Back to Maps, glyphs, and artwork  · Shaftal@lauriejmarks.com 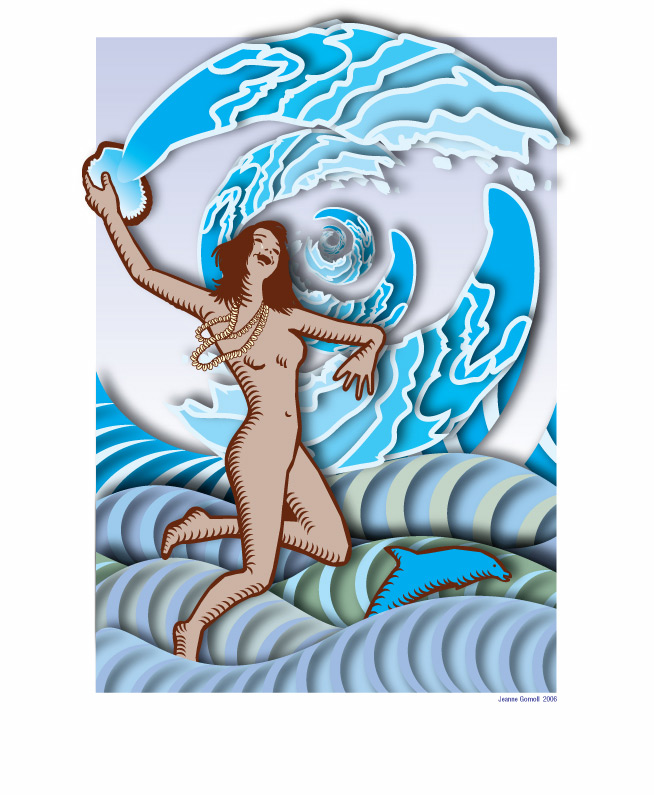 Zanja opened the cover, turned a few thick pages, and held the book open to the glyph that means Water. In the illustration, a woman leapt up joyously, flinging water from a shell. The water became waves, which curled around her, repeating in their curves the graceful curve of the dancer's back, arms, and flying hair. Water logic: Beautiful, and beyond explanation. (from Water Logic © 2007)

· Return to Maps, glyphs, and artwork